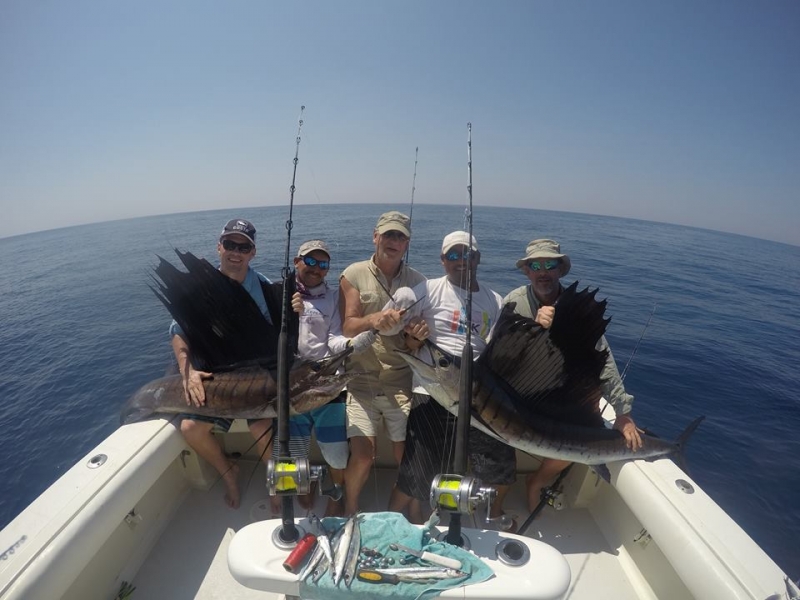 The bite is still on in Guatemala.  Even better FLAT CALM & HOT.  Daily we are seeing 40-50 raises, and the featured group here also caught 6-8 yellow fin off the ledge while getting 40 bites on the sailfish.

The fishing inshore at just 12 miles has produced BIG blue marlin around 400 plus LBS.  While at around 20 miles sailfish are stacked up on the bait.

This past week we had a fly fishing group that saw 20 or more bites a day & very aggressive off the tease.

This season will go the distance.  We are going to see such numbers until August.  Best bill fishing fishery in the world, not just sailfish, but the marlin are moving in which is common this time of year too.  Our biggest blues will be here from now until November.